You can reduce plastic waste. They cannot. 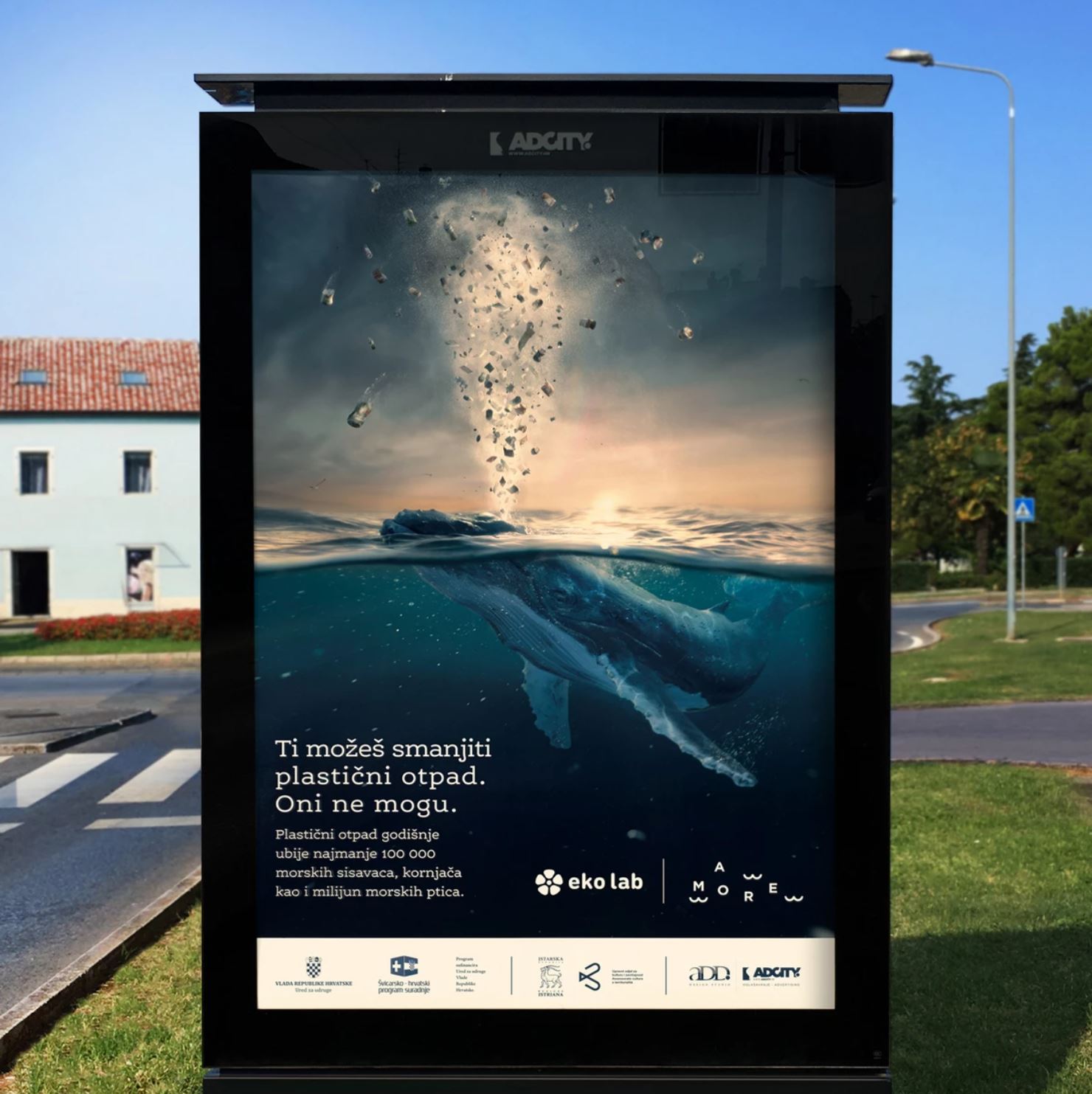 As climate changes and biodiversity suffers, plastic waste is a planetary problem demanding action on all levels – from individuals to governments. Plastic is a fantastic material and we could not imagine our lives without it. Unfortunately, the marine world does not know what an ocean without plastic looks like either.

To reach our goal we have chosen the whale as symbol of the marine world suffering. Instead of air and water, our whale exhales pieces of plastic waste – showing how, for marine animals that live in polluted waters, plastic is not a matter of choice. It ends up in their bodies and organisms. Animals cannot fight against the plastic we create, while for us it is only a matter of choice. Change is needed and we cannot delay it any longer.

It is time to enter an era of responsible production and consumption where the only option is life in harmony with nature, not uncontrolled growth.

In collaboration with “aMORE festival of the sea”, engaged into raising awareness about marine issues through art &amp; science, we created a campaign to raise awareness about plastic. The festival, established in 2017, organizes public activities in three main areas – aMORE ART, KINO and EDU – reconnecting the sea and people through exhibitions, lectures, workshops, film screenings, campaigns, beach and seabed cleaning actions.

The proverbial Croatian saying claims that by dipping a single finger in the sea one connects with the entire world. In the same manner, aMORE connects many collaborators, partners, other interested parties and protagonists who tackle the issues connected to the sea, all sharing the common goal of preserving this priceless resource.

The jury appreciates the iconic concept of this print advertising that is able to transfer the responsibility for the ocean in a single picture. Julie Koch-Beinke points out: „The image is startling, beautiful and alarming all at once – very impactful.“ Beside the aesthetic solution of the ad the jury awarded the true attitude that is basis to this concept which is a great example of credible sustainability comunication. It generates a high degree of involvement in this problem of plastic in our ocean. And it works through the empathic perspective that shows the problem for the ocean wild life.