The Grapos Green Wall is a clear statement of the company’s commitment to sustainability and climate protection. 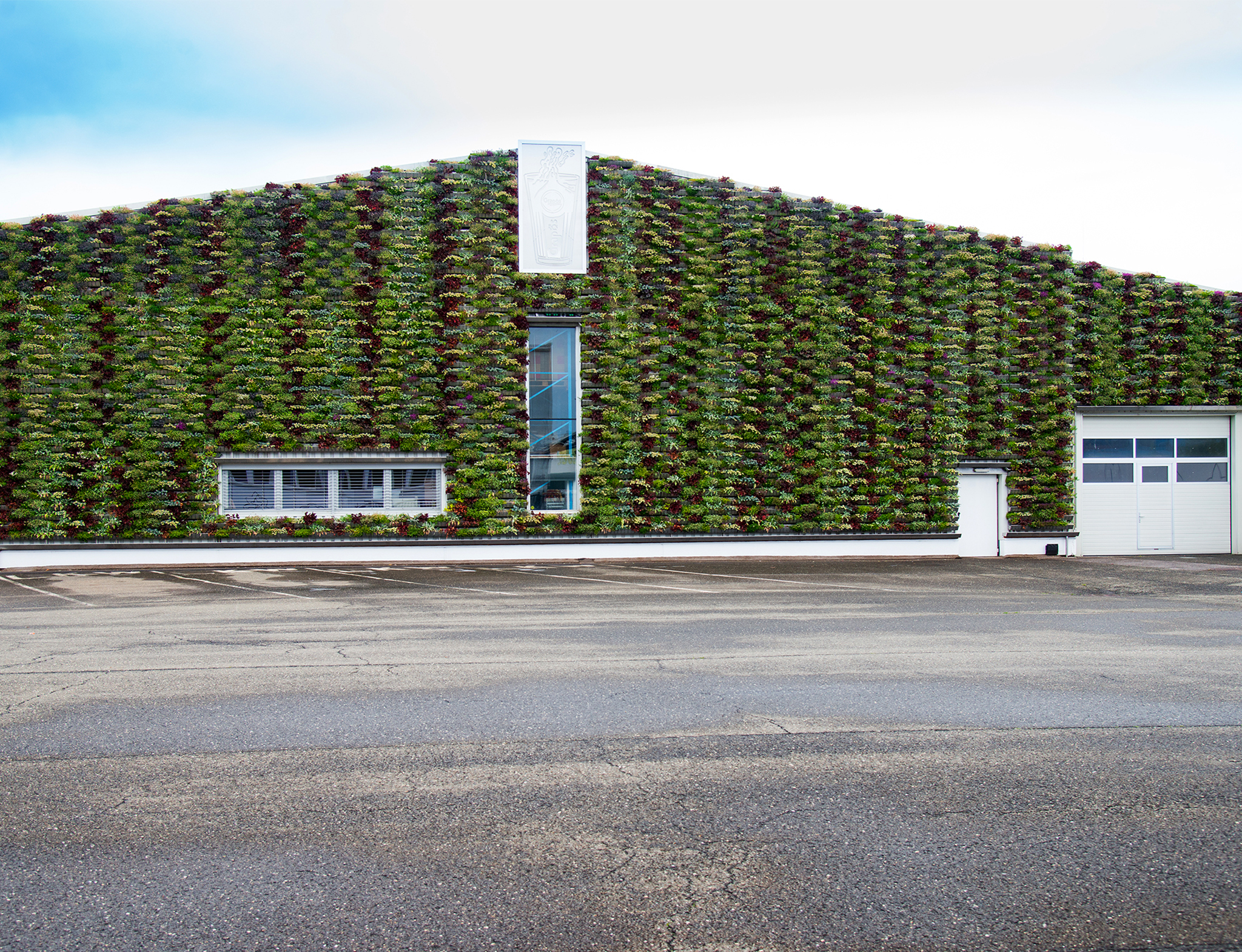 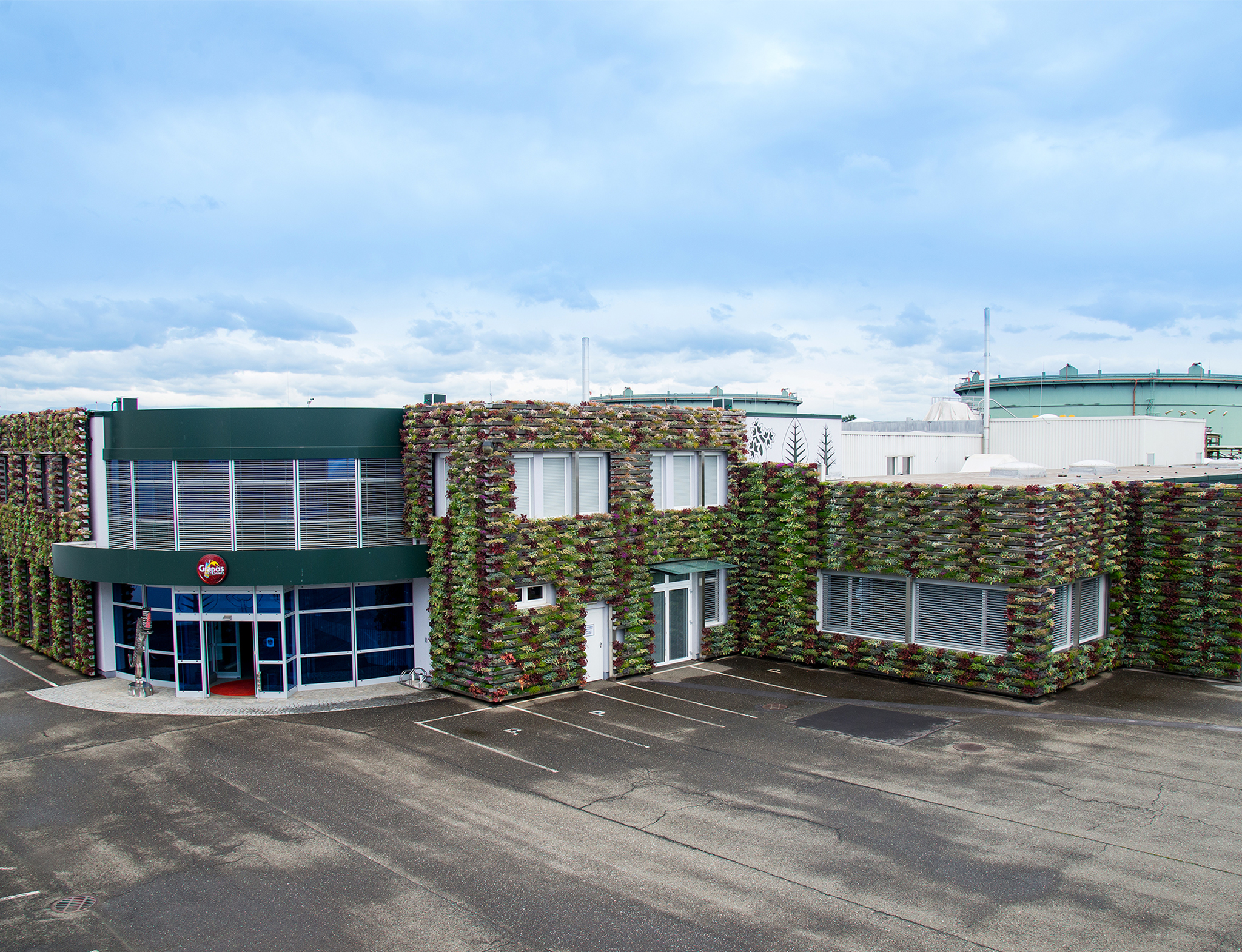 For Grapos Postmixsirup Vertriebs GmbH, based in Austria, the fight against the climate crisis is a heartfelt project that accompanies every decision in product development through to distribution. In spring 2020, the company finalized one of the largest Green Walls in Europe.

For this major project, Grapos realized the self-designed facade greening on the outer walls of the Grapos headquarters. For this, they planted about 9000 plants in 1900 linear meters of stainless steel tubs lined up next to each other, filled with 700 m2 of fleece as a water reservoir, 300 bags of potting soil and 4 tons of clay chippings.

The Grapos Green Wall improves the climate of the surrounding area, as it provides shade, cools the environment and increases air quality. The greenery has a year-round effect on the thermal insulation of the building, this leads to a reduction in energy consumption for heating and cooling.

The Green Wall reflects the company’s commitment to sustainability and environmental protection.